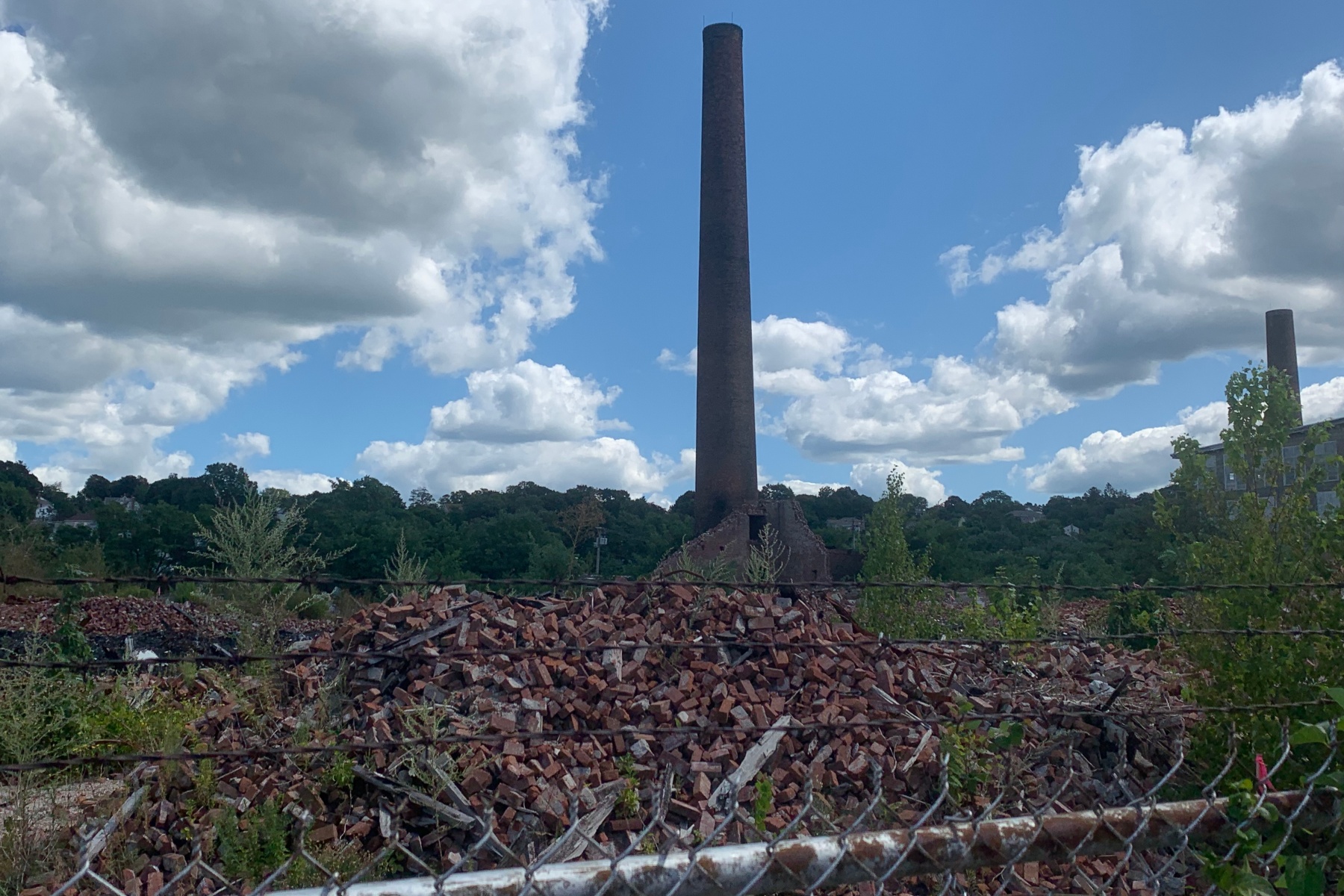 The Fall River Historical Commission received a letter of intent for the demolition of the Border City Mill No. 3 smokestack from attorneys representing Stanley Street Treatment and Resources (SSTAR) on Nov. 25, 2019.

The historic Border City Mill No. 3 burned down on Feb. 20, 2016, during a 3 a.m. fire. The smokestack is the only remaining piece of the building to survive the blaze.

SSTAR recently applied for its third building permit in an attempt to develop a $6.7 million facility at the mill’s former location of 75 Weaver Street. The organization’s first two attempts were denied by the city. SSTAR’s originally announced plans in November 2016 to build an $11.7 million included a 60-bed detox facility for outpatient treatment.

The mill is one of three Border City textile mills and dates back to the 1880s. Border City Manufacturing was first organized in 1872 as a cotton mill. The four-story Border City Mill No. 3, about 400 feet long and 70 feet wide, was once used by Harvey Probber furniture manufacturing.

The cause of the fire was not determined after investigation by Fall River Fire, Police, and the State Fire Marshall’s office.

The Fall River Historical Commission expressed interest in asking SSTAR representatives to incorporate the surviving smokestack into designs of any new facility constructed there earlier this year.

Border City Mill No. 3 was listed on the Fall River Register of Significant Structures, which requires a six-month delay to any demolition so all parties involved can discuss possible alternatives.

One Comment on “Border City Mill Smokestack To Be Demolished”